Thank you to everyone who entered our comic competition. We’ve narrowed it down to the final 10 – here they are.

We’ve had great fun shortlisting the entries to our comic competition. We were amazed by the imagination and creativity on show, from students as young as 6 years old. We had entries from all over the world, and the standard was high!

It was really, really tough to decide on a final 10. We considered the plot and idea of the comic; design; layout; use of language; and use of multimedia, to narrow it down to just 10. Well done to these young authors!

This final 10 will be passed on to comic book legend Kevin Eastman, the co-creator of the Teenage Mutant Ninja Turtles. He’s agreed to judge the finalists and will choose a winner and two runners-up – who will receive some amazing prizes.

So, in alphabetical order, here are the 10 fantastic finalists. And if you want to read each one – we’ve created a video playlist on YouTube. 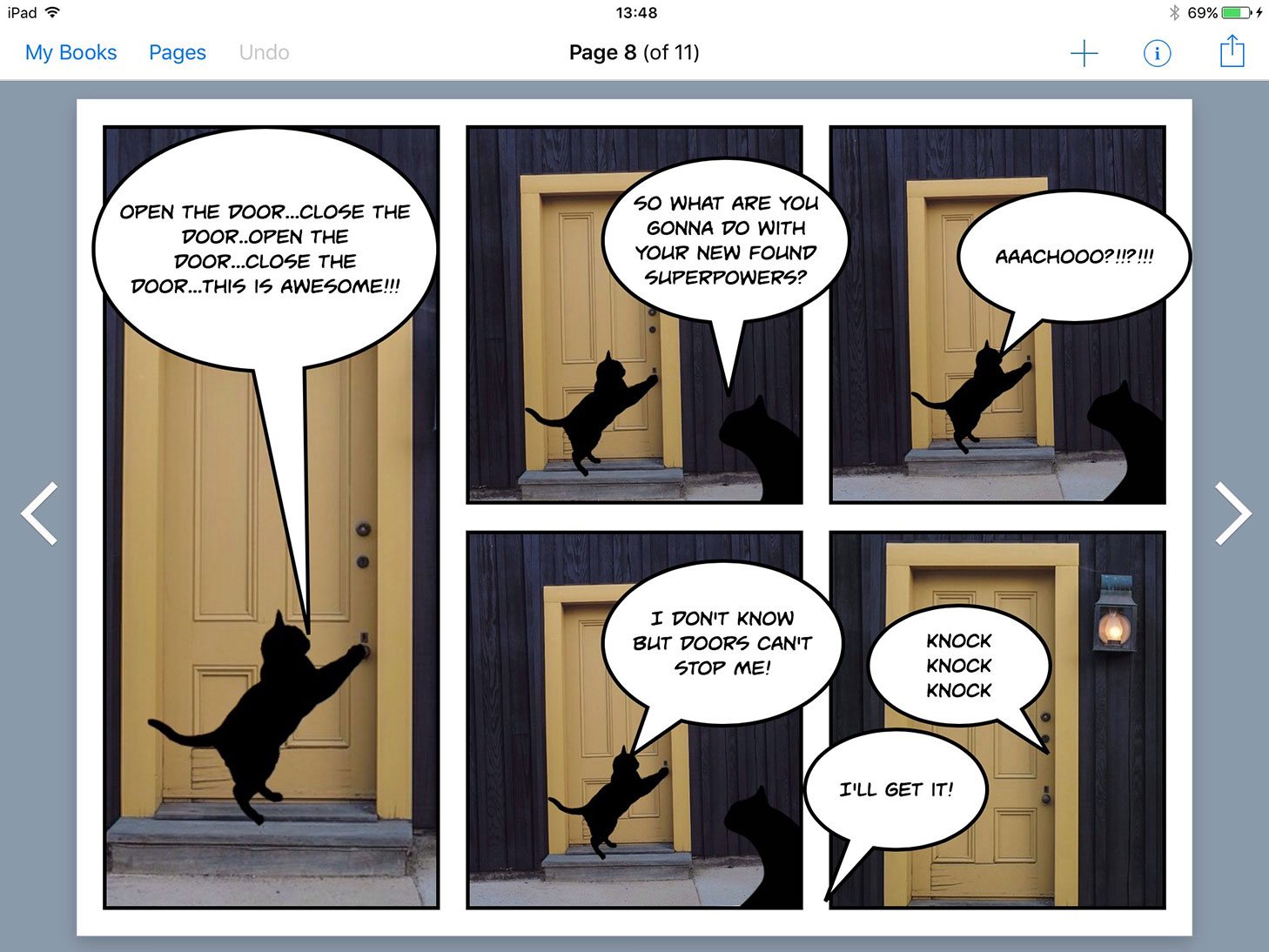 Cat Man is an absolutely hilarious story of how a cat from Felineopolis accidentally gets superpowers from eating the ‘Golden Sardine’.

Armed with these amazing new powers, he’s able to have a final showdown with the evil Yellow Mechanical Cyclops Alligator… 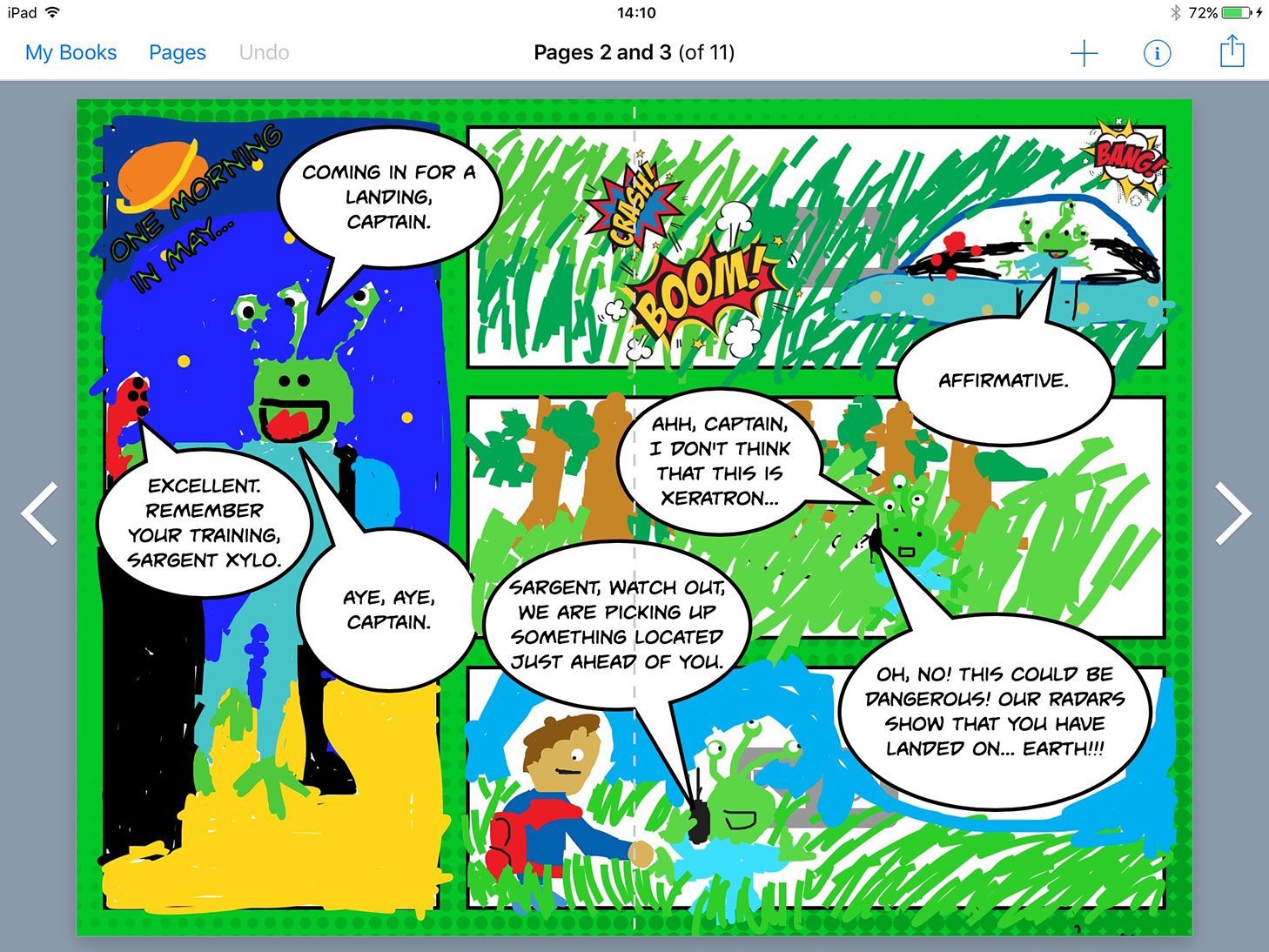 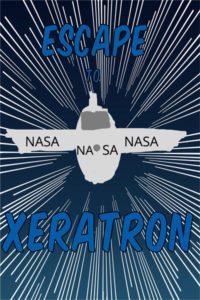 When a mysterious spaceship accidentally crash-lands on the wrong planet – how will the crew escape? This is a bright, colourful comic book with some fantastic illustrations using the pen tool in Book Creator. 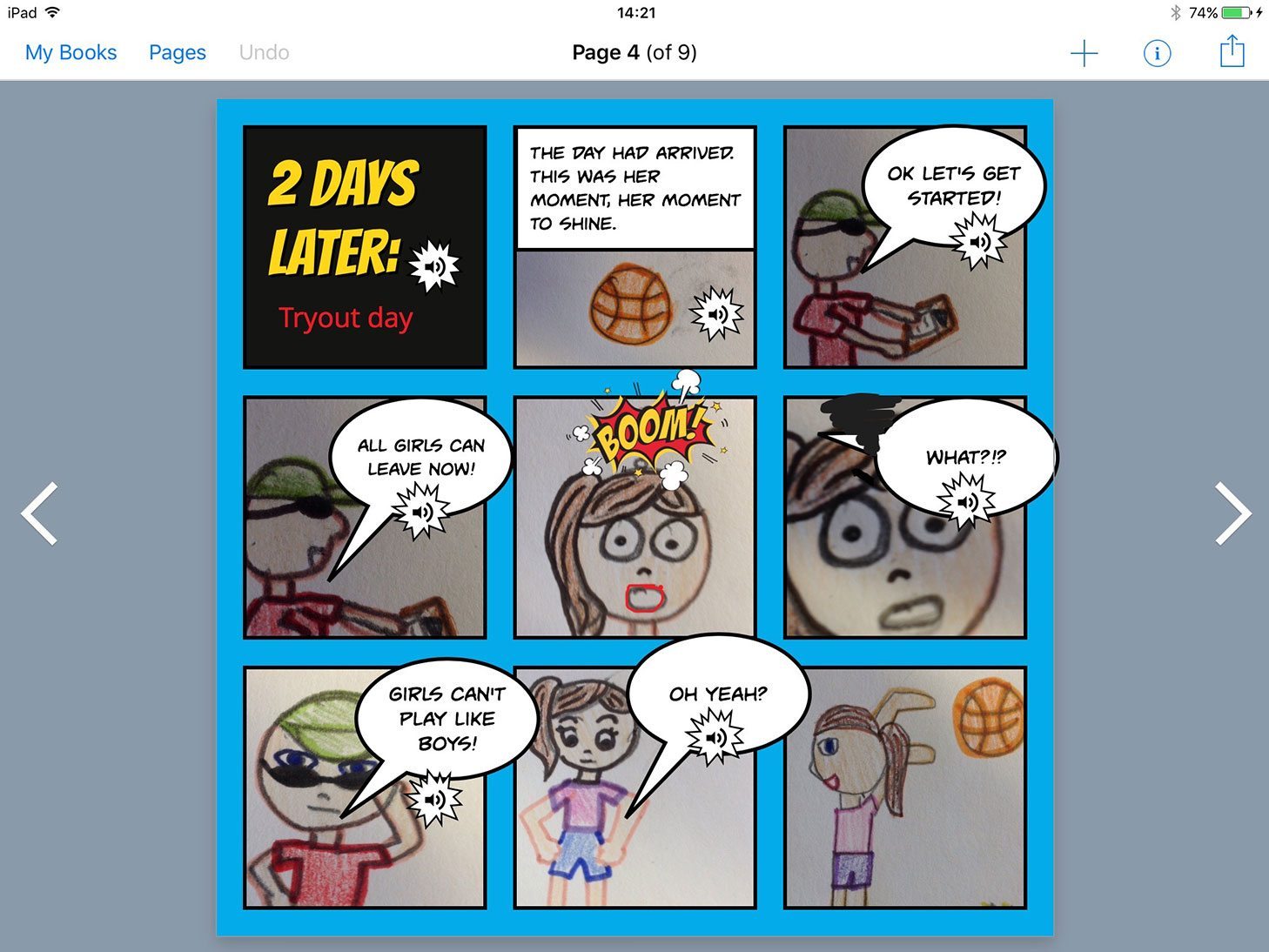 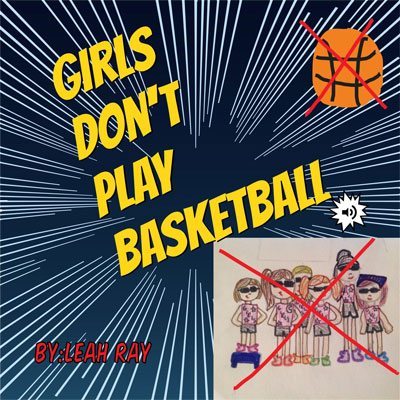 Olivia McWestern loves basketball. She trains day and night. So when she’s told she can’t try out for the school basketball team – because she’s a girl(!), she pleads with the coach to set up a boys vs. girls match. Who will win?! 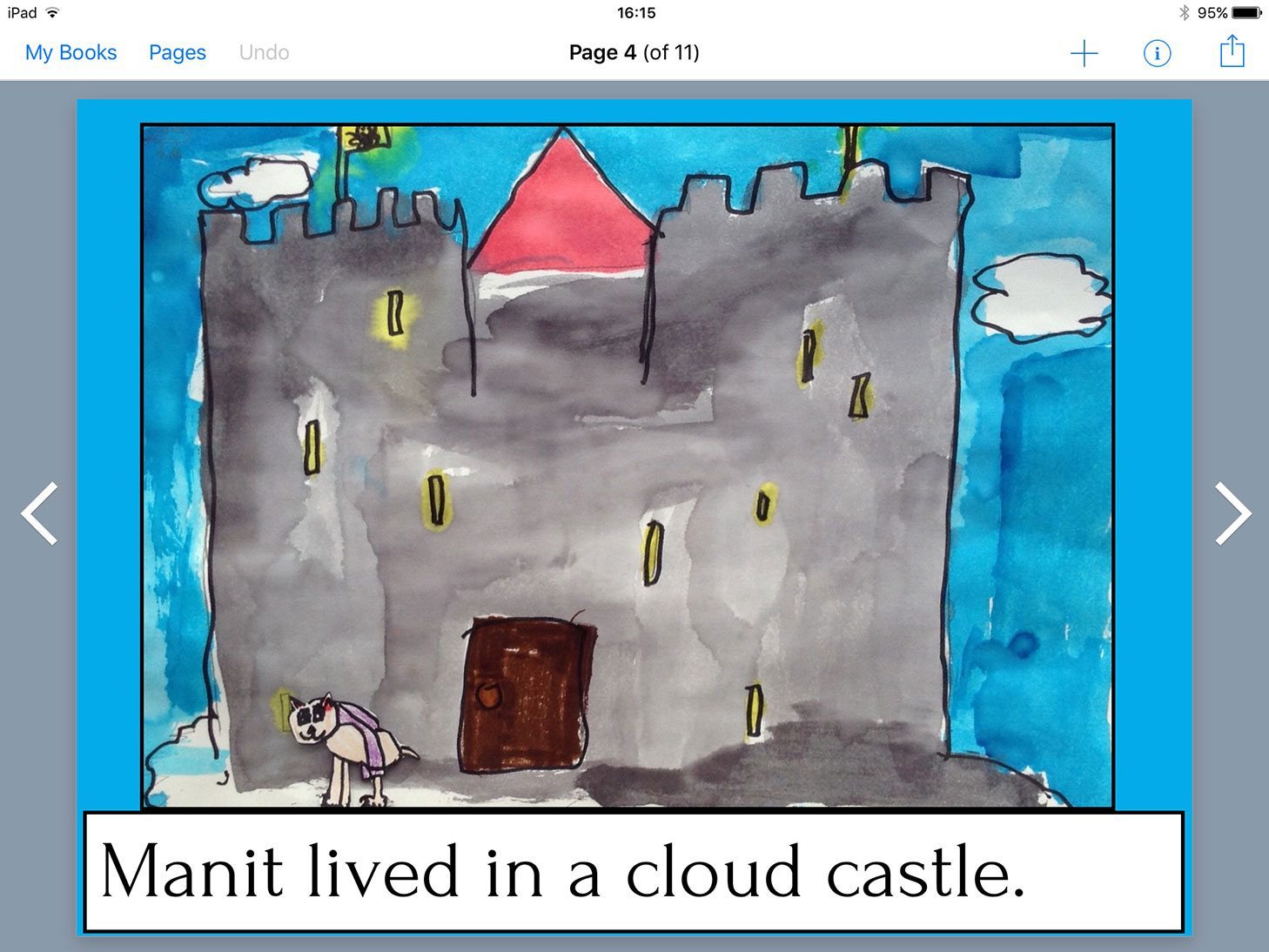 This is an adorable story about a cat called Manit. This cat has manners, which is a good thing, as she’ll need to enlist the help of special friends to help solve her problem! This comic features lovely illustrations and some neat app-smashing too. 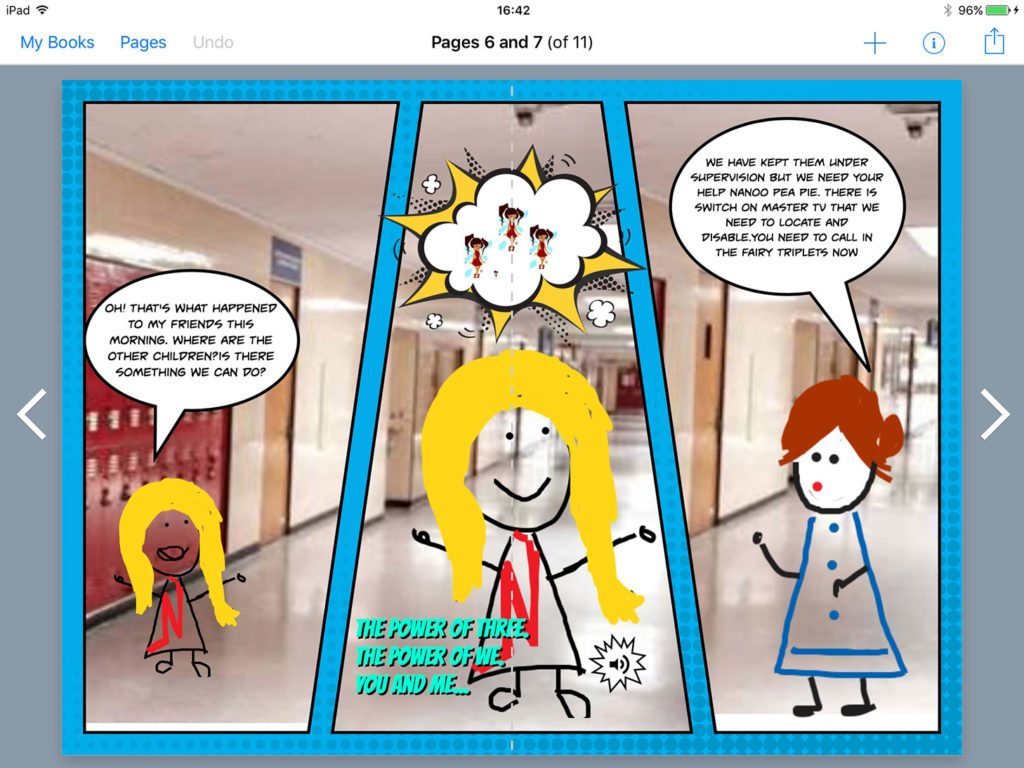 Nanoo Pea Pie and The Coupots

Such imagination in this story! Nanoo is a little girl who lives in Lalaland. She has magical fairy triplets and loves adventure. She also loves peas and pie (hence the name!).

But who or what are the Coupots? Well, you’ll have to read the comic to find out… 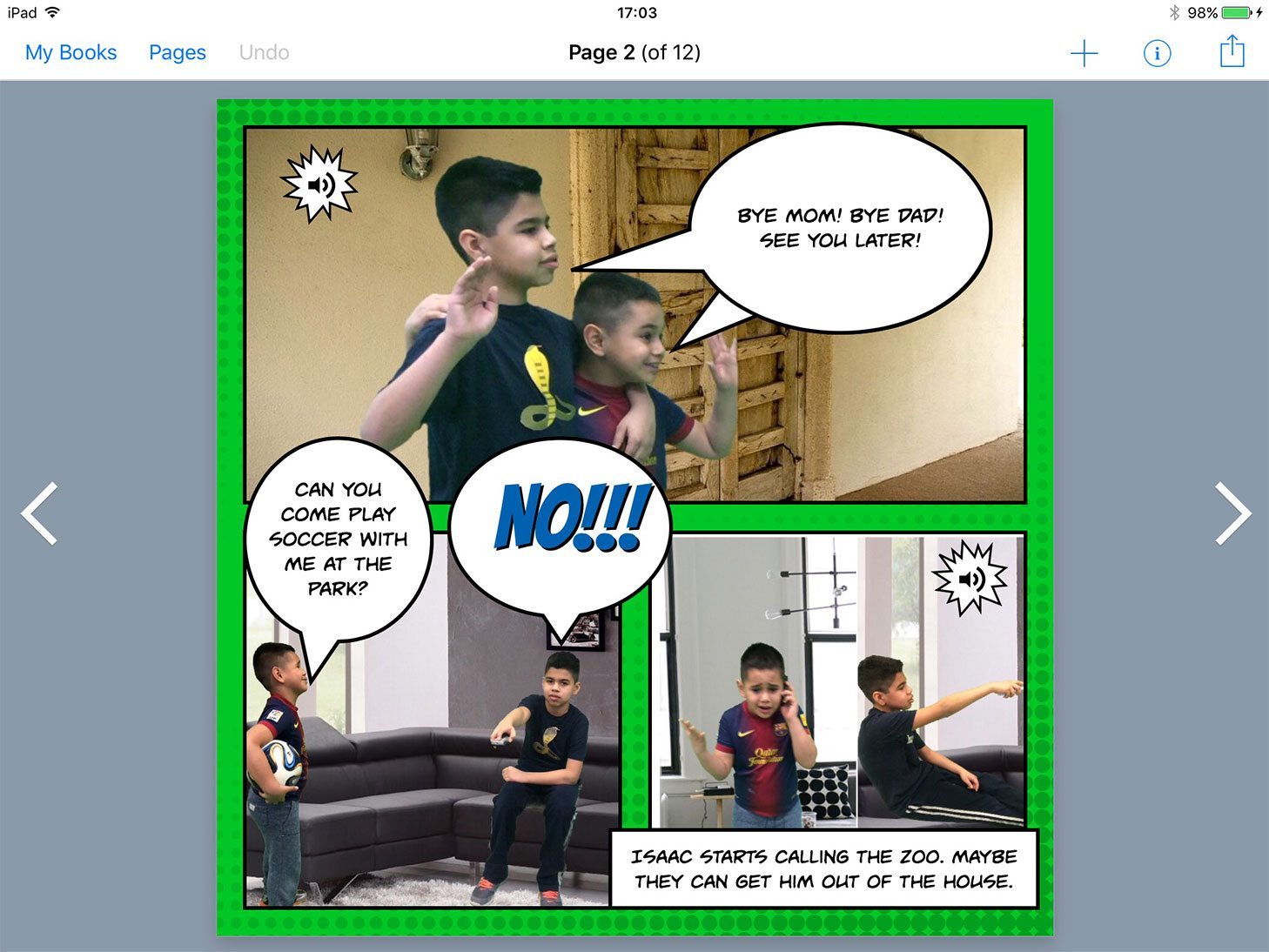 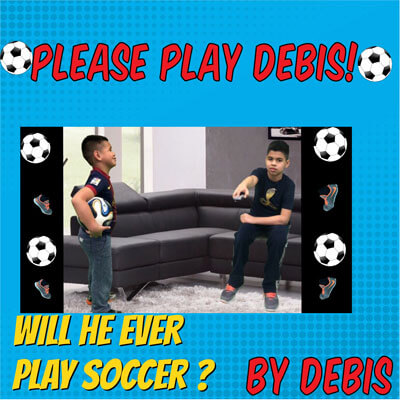 Mom and Dad leave Debis and his younger brother Isaac at home. Debis won’t play soccer with Isaac – so Isaac does everything in his power to get his brother off the sofa and out to the park. Mayhem ensues!

This book features some great multimedia – videos made with a green screen and the DoInk app, edited in iMovie and brought into Book Creator. Fantastic work! 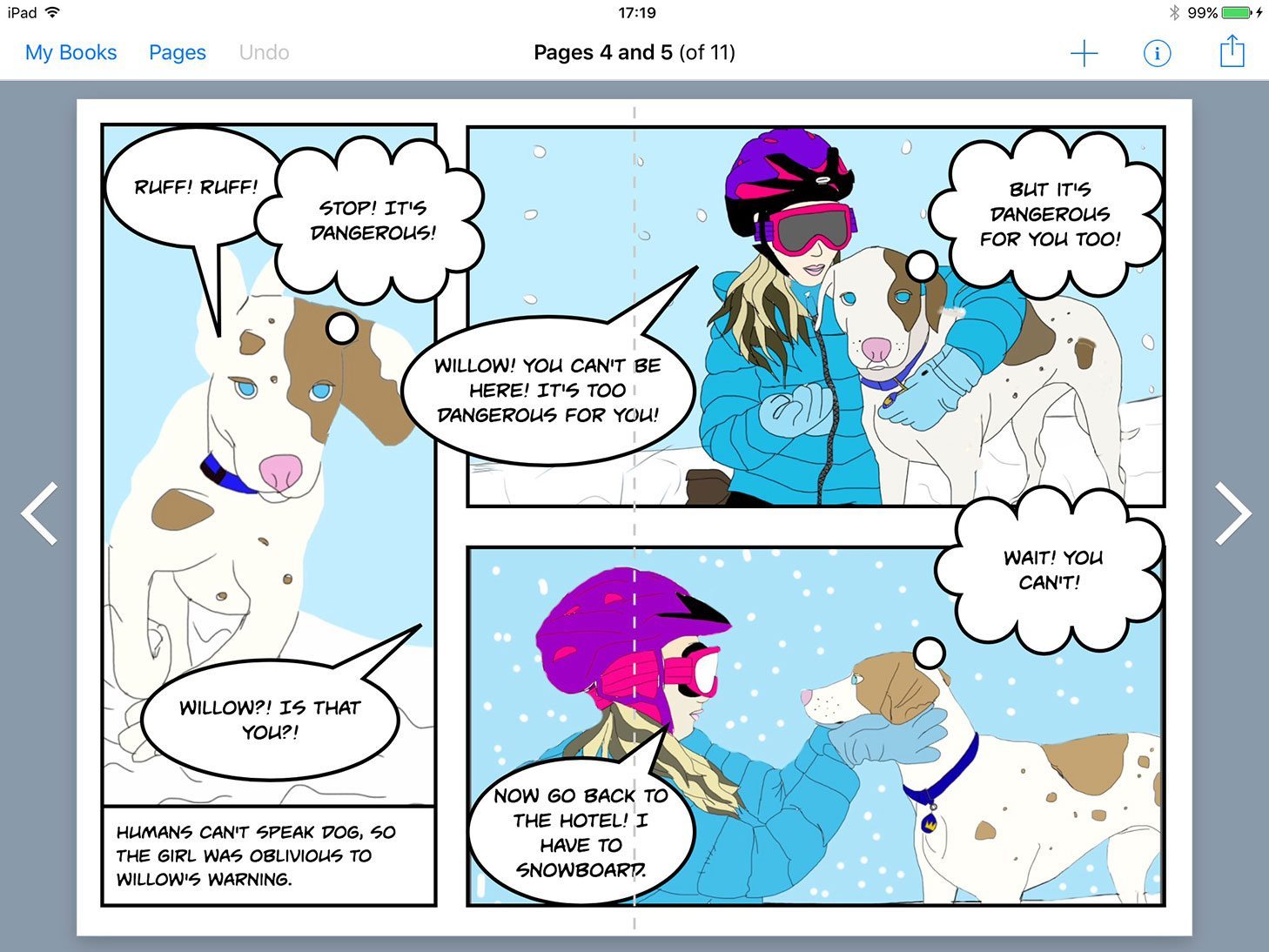 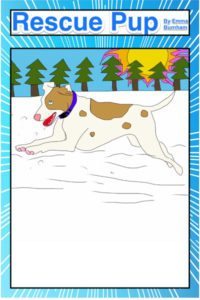 The artwork in Rescue Pup is phenomenal. Emma used the technique of posing her sister and her dog, taking photos on her iPad and then tracing them using the Sketchbook Express app.

This is part one in a two-part series in which a girl’s faithful dog comes to the aid of his owner. But will he get there in time? 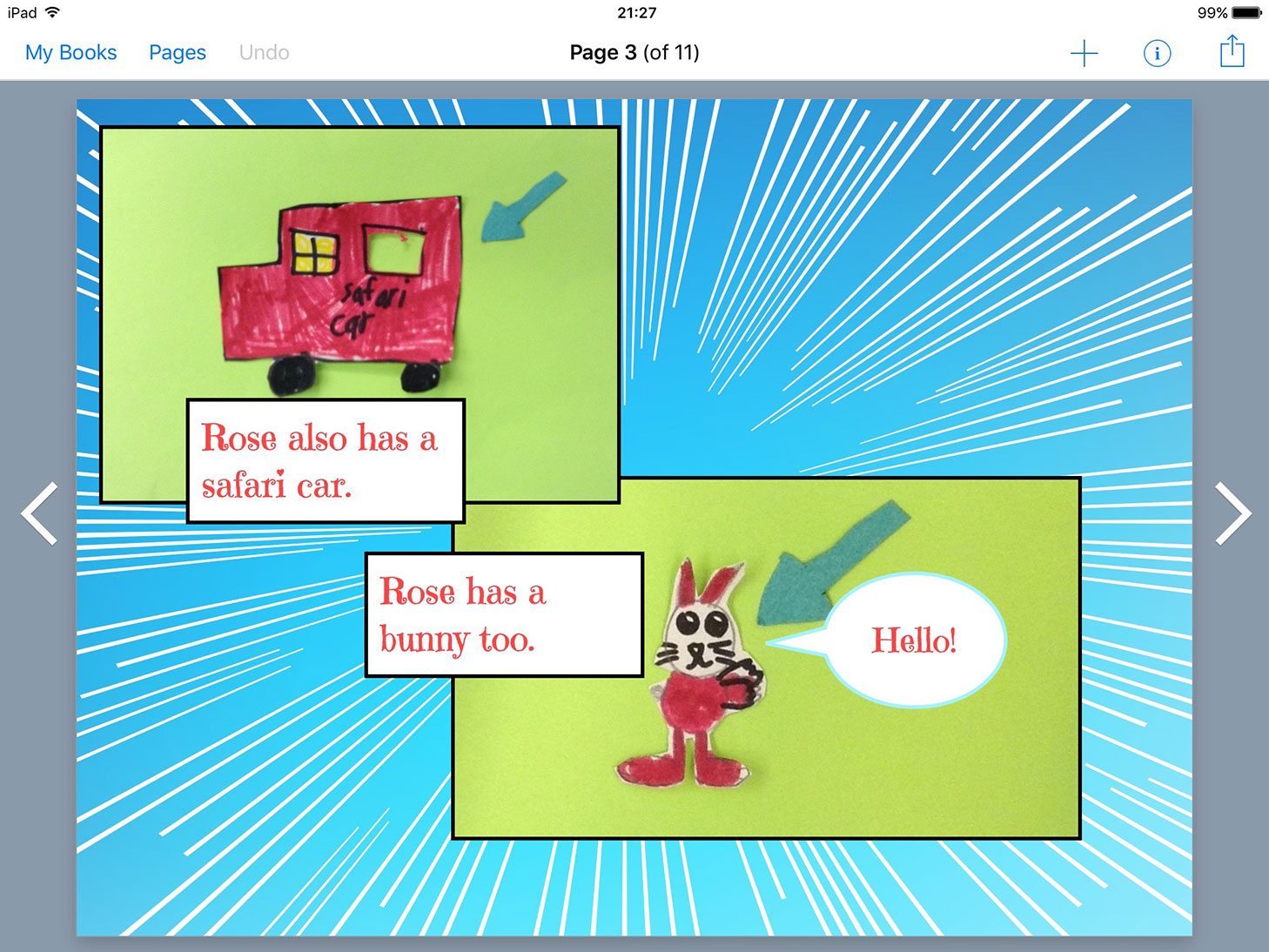 The Adventure Girl Who Lost Her Leopard

Carmen is our youngest entrant to be shortlisted, and also the second of Karin Sanders’ students to make the final 10 – congratulations to her!

The Adventure Girl is named Rose, and she lives a very happy life with her safari hat and her safari cat, but one day disaster strikes and she loses her leopard! Luckily she has a magnifying glass to help her solve the puzzle of her lost friend.

Read the Adventure Girl Who Lost Her Leopard 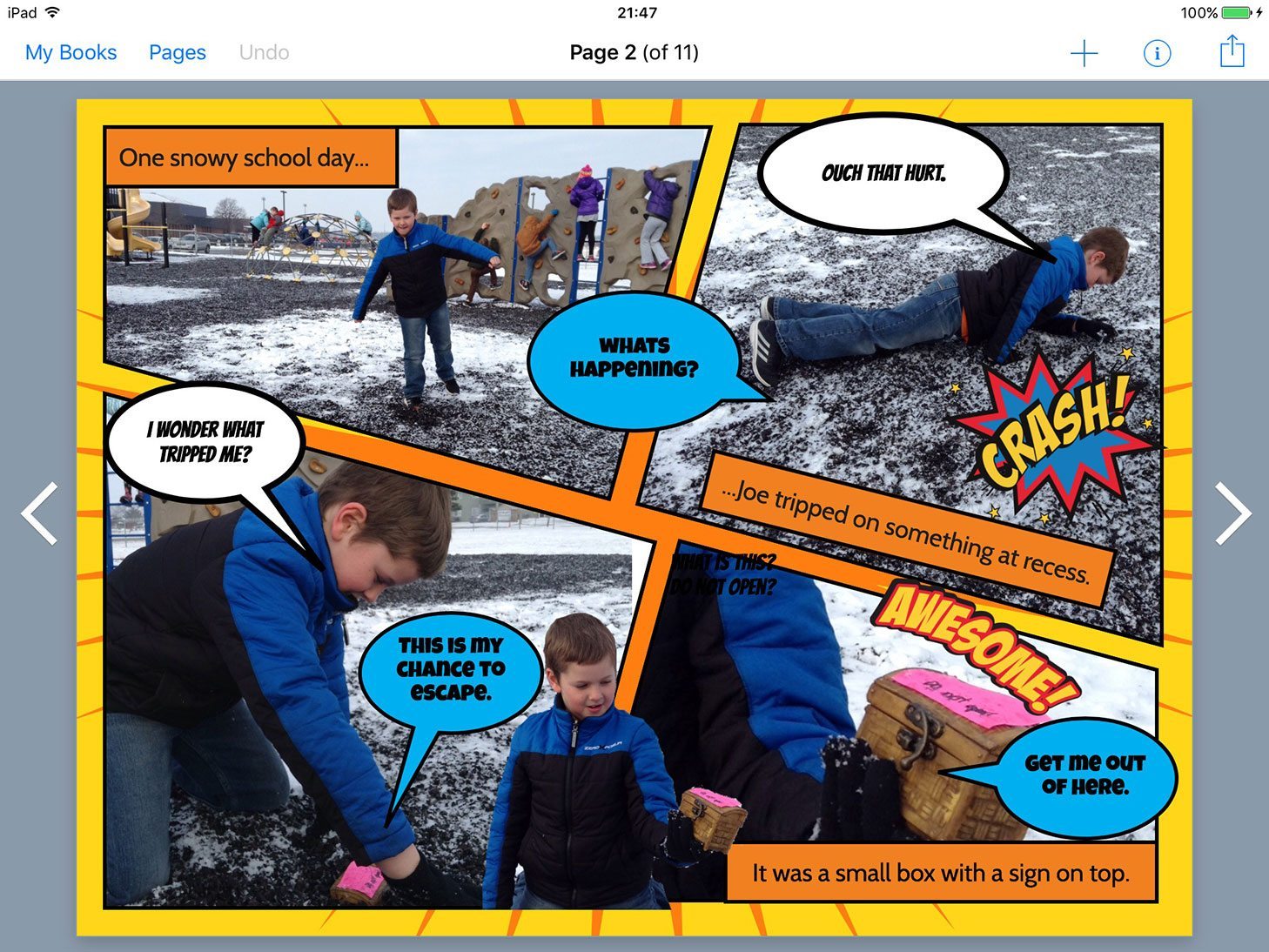 When a Magical Mustache escapes from a small box, it begins to wreak havoc among students. They can’t say they weren’t warned – the note in the box says “Beware of the Mustache – it will get you”. But the real moral of this story is ‘be careful what you wish for…’ 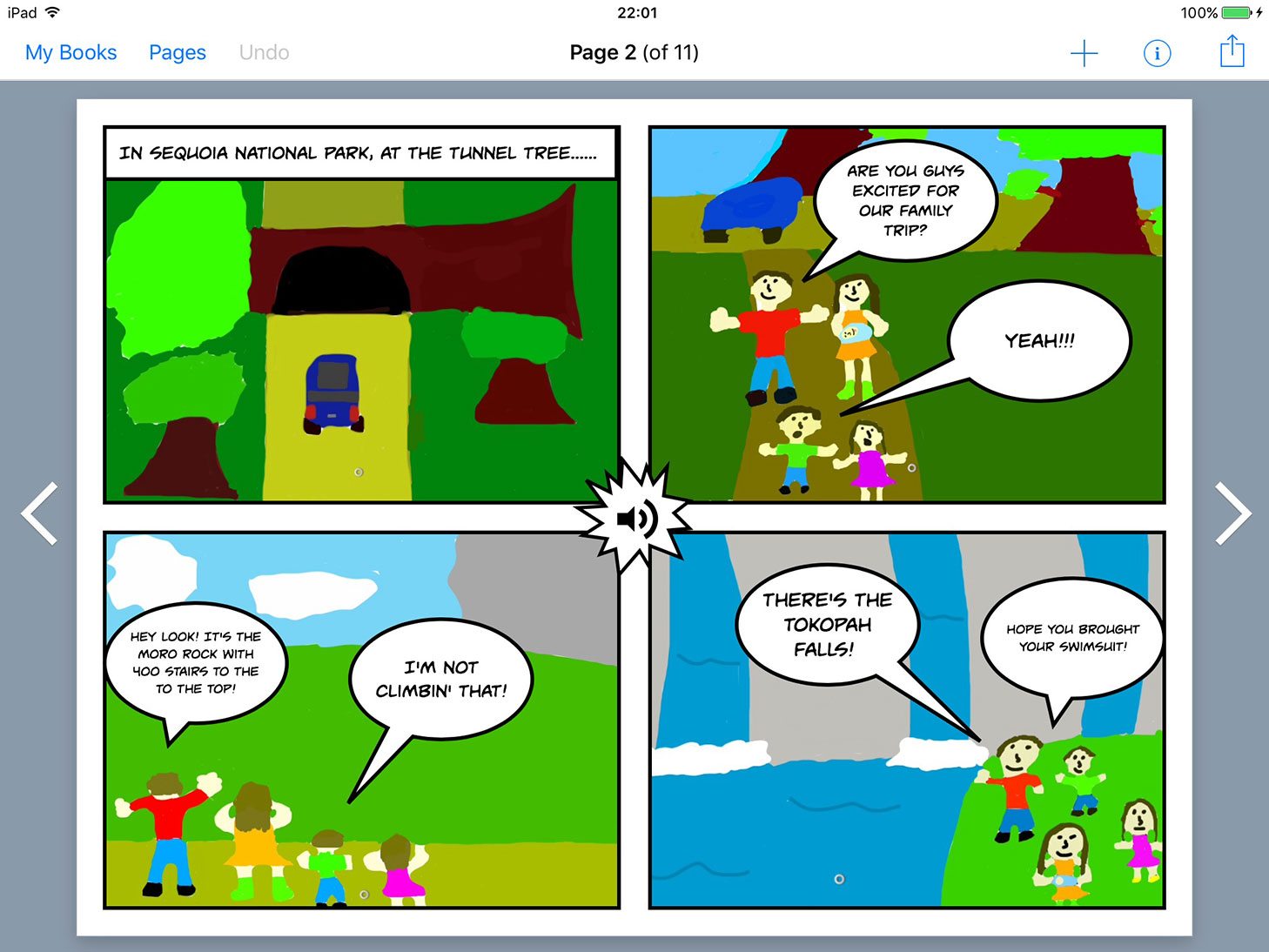 This comic is actually issue 1 of the adventures of the Bulky Band of Bellowing Brown Bears (although the authors do admit they don’t know if the next issue will ever come out). Let’s hope it does! This comic contains some amazing voice artistry, and possibly the funniest Irish accent you’ve ever heard.

So, good luck to all the finalists.

One of Dan’s favourite jobs is hearing the stories of how Book Creator is used to bring joy to classrooms all over the world, and he happily retells these stories on these pages!

6 Comments on “Comic book competition – here are the finalists!”